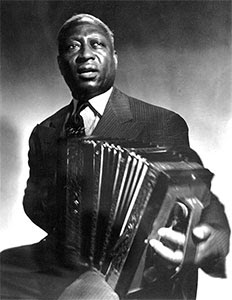 A couple of recently staged complementary exhibits in the West Feliciana Historical Society Museum pay tribute to the early black experience—and endurance—in the area. Conceived by society president Susie Tully and created by museum curator Cliff Deal, the exhibits may be viewed free of charge daily 9 a.m. to 5 p.m. at the museum on Ferdinand Street in St. Francisville.

One presentation focuses on the birth of the blues in the rural South and their ongoing influence on modern music. Originating on rural southern plantations of the 19th century, the blues evolved from spirituals and African chants, work songs and field hollers. Originally sung by slaves and later sharecroppers working in cotton and cane fields as well as by chain-gang prisoners tilling penitentiary fields, blues music “told the rural story of oppression, hard work, broken hearts, misfortune and struggle...From unbridled joy to deep sadness, no form of music communicates more genuine emotion.”

One early blues icon with local ties was Leadbelly, whose given name was Huddie Ledbetter. Born in 1888, he spent his teen years playing music in St. Paul’s Bottoms, notorious Shreveport red-light district. His songs speak to the hard life of saloons and brothels, and he was no stranger to violence, either, serving several sentences in Texas and Louisiana prisons in the 1930’s. It was at the Louisiana State Prison at Angola that he was discovered by folklorists John and Alan Lomax, propelling him to fame in New York and recordings of songs like his well-known Good Night, Irene. 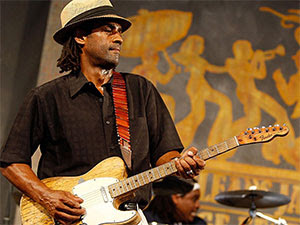 Present-day blues artist Kenny Neal, son of harmonica player Raful Neal in whose band he began playing at age 13, has won worldwide recognition preserving the blues of his native Louisiana. He recently sponsored a Highway 61 Blues Festival at the West Feliciana Parish Sports Park that drew hundreds of appreciative music fans and provided a reminder of the origin of the blues.

Local blues legend Scott Dunbar was the son of an ex-slave, born on Deer Park Plantation near Woodville and a fishing guide on Lake Mary all his life. He made his first guitar from a cigar box, broomstick and wire, and lived in a rustic cabin that he tied to a tree to keep it from floating away every spring as the Mississippi River overflowed into the lake. Simple and basic, repetitive and soulful, Scott’s downhome blues provided the background for generations of celebrations and lawn parties in the Miss-Lou area. 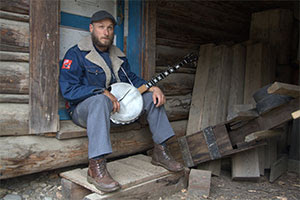 Like many 19th- and early 20th-century black children, Scott Dunbar had little formal education. Born in 1904, he never went to school; others did, but only until 3rd grade or so. Then they were put to work in the agricultural fields, where they were certainly exposed to the rhythmic field hollers and work chants that provided the basis for the blues music, combined with the spirituals sung in the churches that were the centers of African American life back then and still often are.

So the second exhibit features a beloved black schoolteacher universally called “The Professor,” John Sterling Dawson. While many small black Baptist churches provided rudimentary educational opportunities for the children of their congregations and communities, often located on land donated by plantation owners for that purpose, secondary education for African Americans was slow to develop over the first half of the 20th century in Louisiana. According to exhibit panels, rural black schools only provided these children a seventh grade education at best, and often less. “By 1945, there were 80 black four-year high schools in Louisiana, but 13 parishes were still without approved schools. One of these was West Feliciana Parish.”

This all changed, although not rapidly, in 1890 with the arrival by train of 19-year-old John S. Dawson, encouraged to come by John Jones and C.H. Argue. His venue was the Laurel Hill School, two-story wood frame building also used as a Masonic Hall, the earliest known African American public school in West Feliciana. Some 125 students registered for classes; only 20 could read. As the exhibit explains, “Rural school were isolated and just getting to school was difficult. As most families farmed for a living, children missed school while working during planting and harvest. Rural parish school boards were poor, and the rural black schools were poorer.” 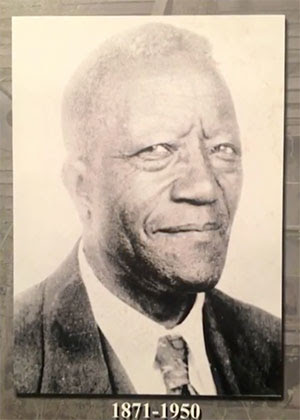 For 30 years John S. Dawson taught at Laurel Hill School, then served as principal at Raspberry Baptist Church School and as Senior Deacon and Superintendent of the Sunday School in the church. But his dream was a real school in a real school building, a brand new high school for African Americans. He secured land donated by members of the Barrow-Richardson-Noland families on LA Highway 66 along Bayou Sara, and the high school opened in 1951; an elementary wing was added in 1962, and soon there was a gym, band building, room for home education/industrial arts, and an agricultural shop.

John S. Dawson died in 1950, a year before the school that would be named for him would open, but the legacy of learning continued with two of his sons serving as principal, John M. Dawson from 1951 to 1961, and Thomas Dawson from 1961 to 1969. That was the year the school was closed after a Supreme Court decision mandated school desegregation; all West Feliciana Parish students now go to a single campus recognized as one of the best school systems in the state.

Dawson School was abandoned for years, then functioned as a Council on Aging meal site for some time before it fell into disrepair. Now it is being cleaned up and has been placed on the National Register of Historic Places by the John S. Dawson Alumni Association and Foundation, led by former students including one of John S. Dawson’s grandsons, Ken Dawson. The hope is to develop the property as a community center and park, a legacy and commemoration of one man, John Sterling Dawson, whose efforts and dedication enhanced and changed so many lives.

Located on US Highway 61 on the Mississippi River between Baton Rouge, LA, and Natchez, MS, the St. Francisville area is a year-round tourist destination. A number of splendidly restored plantation homes are open for tours: The Cottage Plantation (weekends), Myrtles Plantation, Greenwood Plantation, plus Catalpa Plantation by reservation; Afton Villa Gardens is open in season and is spectacular. Particularly important to tourism in the area are its two significant state historic sites, Rosedown Plantation (a National Historic Landmark) and Oakley Plantation in the Audubon state site, which offer periodic living-history demonstrations to allow visitors to experience 19th-century plantation life and customs.

The nearby Tunica Hills region offers unmatched recreational activities in its unspoiled wilderness areas—hiking, biking and especially bicycle racing due to the challenging terrain, birding, photography, hunting. There are unique art galleries plus specialty and antiques shops, many in restored historic structures, and some nice restaurants throughout the St. Francisville area serving everything from ethnic cuisine to seafood and classic Louisiana favorites. For overnight stays, the area offers some of the state’s most popular Bed & Breakfasts, including historic plantations, lakeside clubhouses and beautiful townhouses right in the middle of St. Francisville’s extensive National Register-listed historic district, and there are also modern motel accommodations for large bus groups.